B**coin, the most promising cryptocurrency set upon the humongous mission to revolutionize and modernize our current financial institution in this day and age… is dead - and coronavirus isn't to be blamed on this one, as certain cryptocurrency blogs may want you to believe. 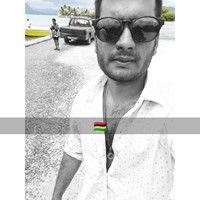 B**coin, the most promising cryptocurrency set upon the humongous mission to revolutionize and modernize our current financial institution in this day and age… is dead - and coronavirus isn't to be blamed on this one, as certain cryptocurrency blogs may want you to believe.

Like the fate of many bubbles, this one also had its reasons for its mind-boggling $50 Billion burst. 💥

At the time of this post, Bitcoin has wiped out all of its 2020 gains (about $30 Billion... gone!) and brought other major cryptocurrencies including ethereum, Ripple’s XRP, bitcoin cash, and litecoin, down ️with it. 〽️

One of the many things that were promised with cryptocurrency was its independence from market conditions and it being a no-brainer asset to invest in times of greater risk and uncertainty. But that is not the case, Bitcoin's sudden sell-off was triggered by the oil crash caused by OPEC members (mainly Russia) messing-up on production cuts agreements.

We know what triggered the sell-off of Bitcoin but what really caused the sudden steep sell-off is because of PlusToken, a Ponzi scheme that swept China and Korea with $2 billion worth of bitcoin and other cryptocurrencies stolen from investors. And those scammers have been liquidating over $100 millions worth of B**coin.

Many people have lost their money on this stupid (the whole concept of it is stupid) cryptocurrency crash, and I noticed a lot of traders are encouraging people to buy-in on these low rates and that the cryptocurrency prices will climb up in the long-term (the usual b**coin narrative).

Take a step back, think and be smart. This can and will be continuously falling, LET IT DIE, it's not a worthy asset to invest in, rather invest in other smarter assets like cruises companies stocks, oil companies, heck even alibaba.com etc.. anything except cryptocurrency because it was and it has proven to be an ever-inflating bubble driven by scammers and jerks.

About the crypto-jerks, here is their new cryptocurrency called "CoronaCoin" and styling itself as "the world's first crypto-backed by death," allows traders to bet on the coronavirus epidemic - with the token's value rising as more people fall ill or die.

Do you get it yet?

Did you know cryptocurrency mining wastes energy of 15 Nuclear Power stations per hour and has the equivalent carbon footprint of New Zealand?

I have nothing against the underlying technology (Distributed Ledger System), but I am totally against how malicious people used the potential of this technology to scam other people based on their limited knowledge. It was a hyped-up technology that prioritise money first over real innovation that could actually help humanity move forward.

My sincere f*cks to the holdem gang. ✌️