Krakathon - the hackthon with a Kraken - kicked off on Saturday 19 October at the Caudan Arts Centre in Port-Louis. 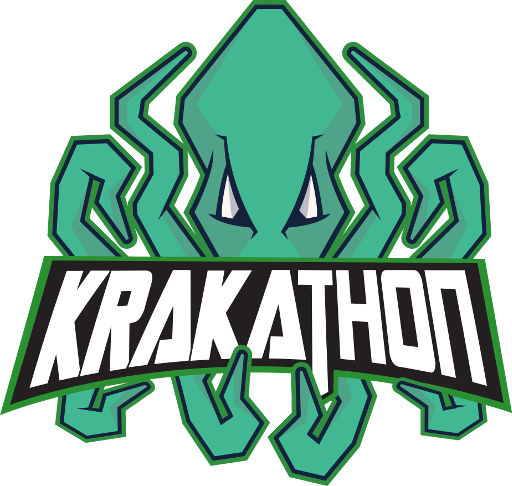 LSL Digital didn't participate this year due to other priorities. However, some of my colleagues participated individually as Team Kalchul. Shelly & I stopped by the venue during the evening to meet folks in various teams and wish them luck.

The event was happening at the conference centre at the ground floor level. The room was fully packed. I'm told there are 55 teams with over 200 participants. I believe this is the first time that Krakathon reached such high level of.

My colleagues Yusuf, Nirvan, Jules and Kushul from team Kalchul were focused on solving the challenges at about 21h30 when I met them. Most of the teams were busy scoring points. A few tired faces here and there but the overall enthusiasm looked good.

Oh... while meeting folks from other teams, look what I found. 😊

Today, we went back to the Caudan Arts Centre at around an hour before the event ends. Some teams had left while a few others had already started packing up. Everyone had a weary face due to the lack of sleep. However, some folks were still trying to score points and wouldn't waste this last hour - fighter's spirit I would say.

The competition ended shortly before 14h00 and the final scoreboard looked like this.

A special students' prize went to ALU's "The Razers" team.

Lazy Pirates came third. Binary Beast & Black fire scored the same amount of points and were both declared second. The efforts of team Kalchul paid up and they won the Krakathon 2019! 🎉 🎊